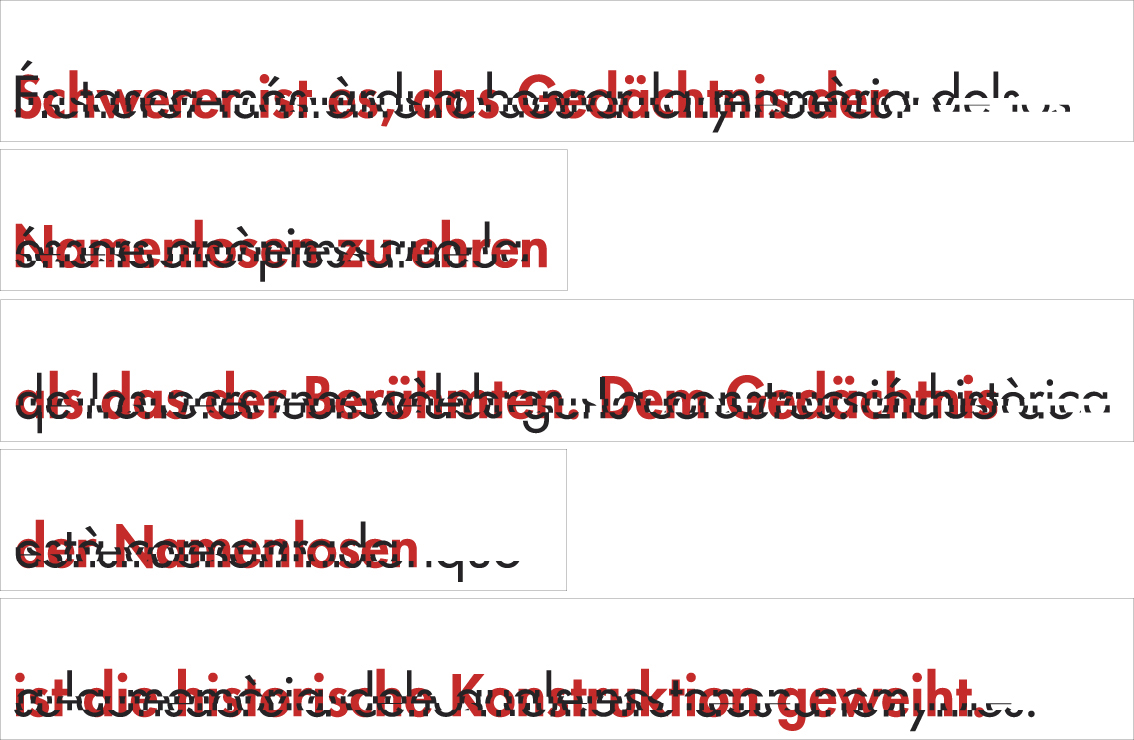 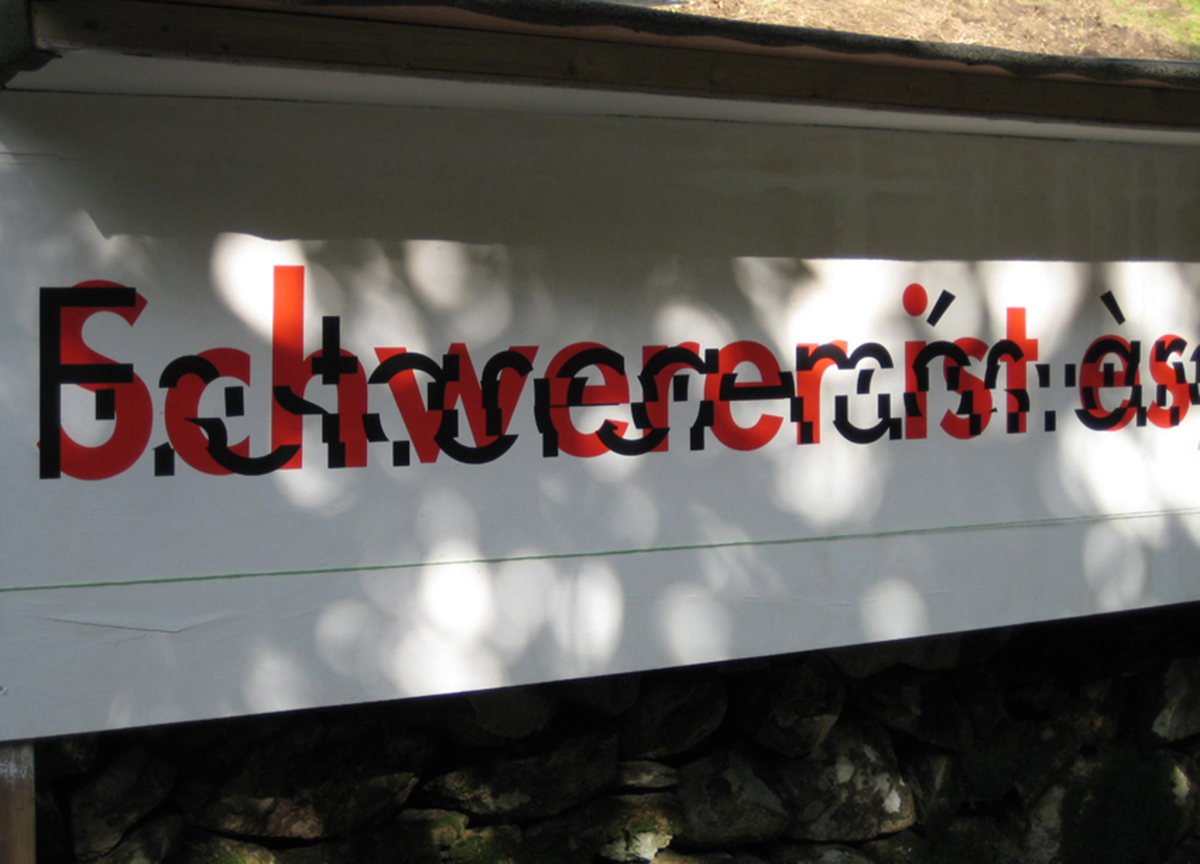 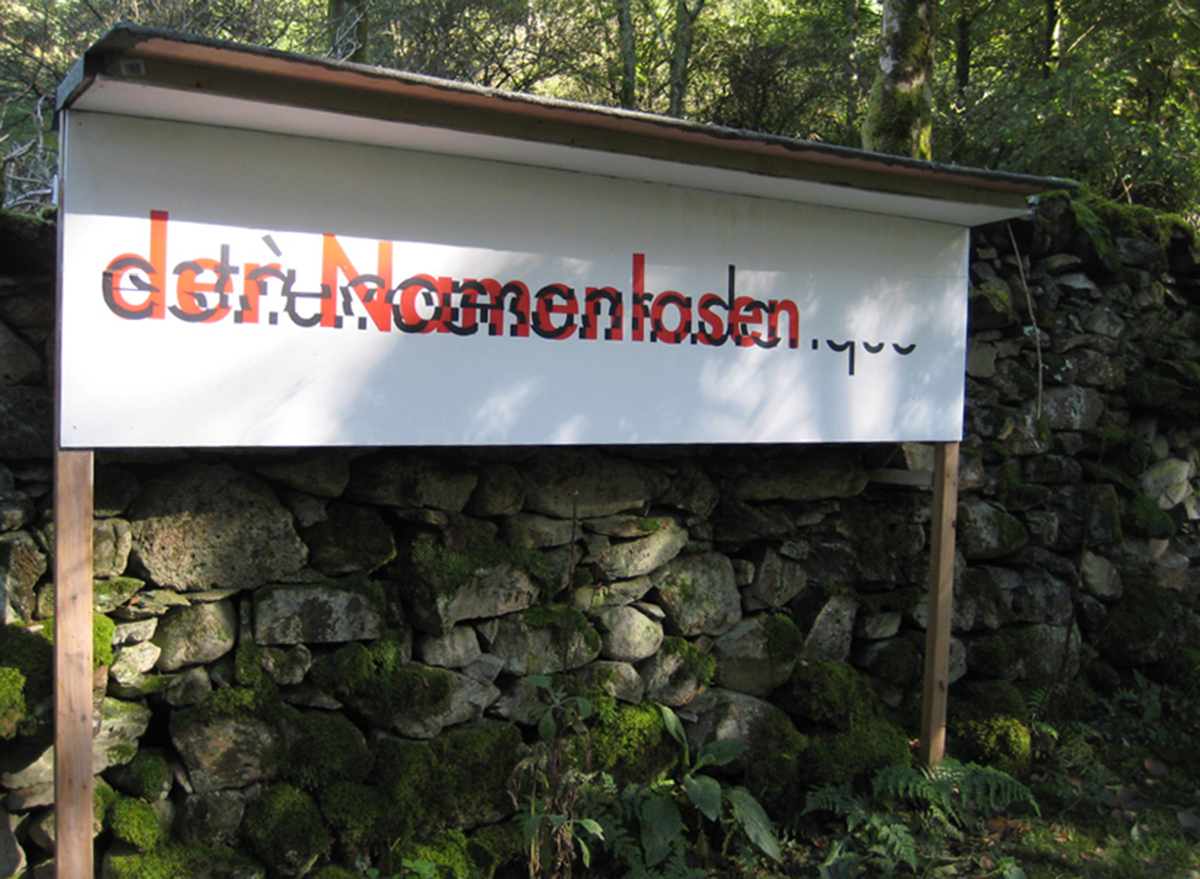 I was given Walter Benjamin’s famous sentence ‘It is more arduous to honour the memory of the nameless than that of the renowned. Historical construction is devoted to the memory of the nameless.’ Reading Benjamin’s text The Task of the Translator I used the german ‘original’ in red as the background, overlaying it with the french, english, catalan and castellano translation of the same … cut (make an opening, incision, … OED) in horizontal stripes … fragmented … ‘no longer means or expresses anything but is’ (TT, p.80) … installed on panels along the path leading to the cumbrian Merz Barn for the KS08 Kurt Schwitters and Walter Benjamin Kurt Schwitters Herbst-Schule.